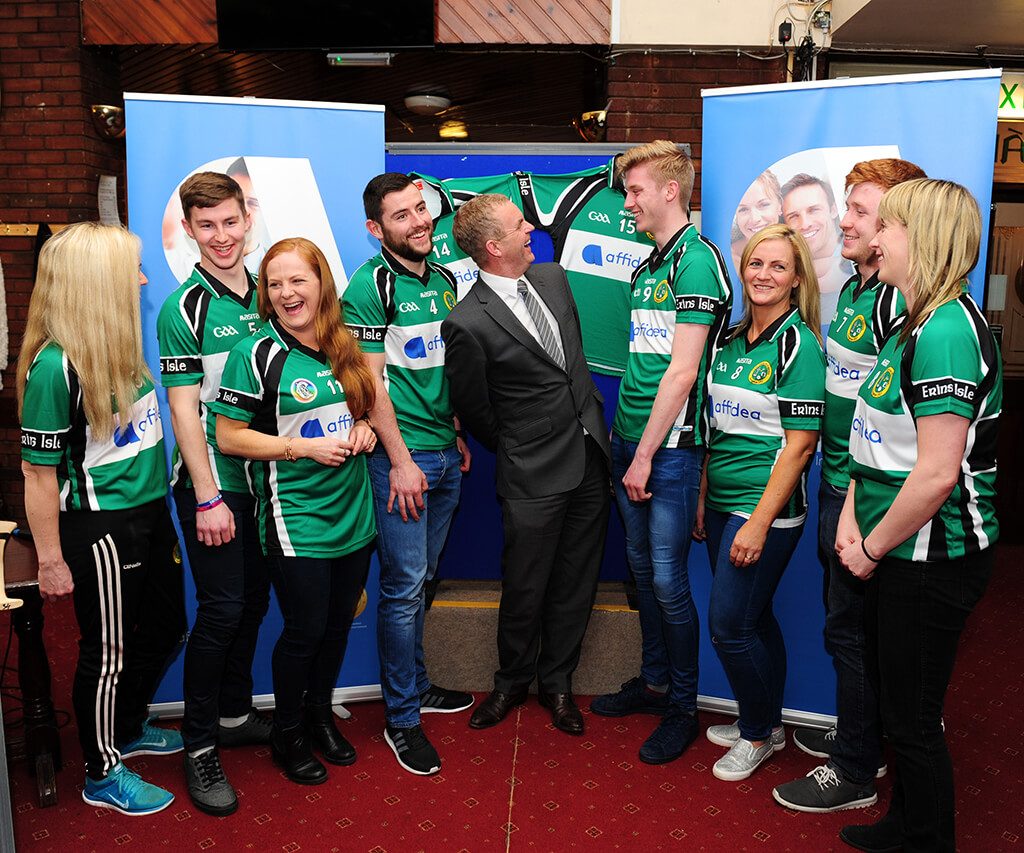 The club which was formed in 1917, will celebrate its centenary next year.  The three year sponsorship agreement with the Finglas based GAA club, was announced at a launch event on Monday14th March with a presentation of Jerseys to Senior Football, Hurling, Camogie & Ladies Teams.

Tom Finn, CEO of Affidea, said: “I am delighted to support such an important part of the local community in Finglas.  The unique identity of Erin’s Isle GAA club provides an excellent fit for Affidea and we look forward to supporting this GAA community in the years ahead.  On behalf of the Affidea team, I wish the club the best of luck in the season ahead”.

Mel Farrell, Chairperson of the Minor & Adult Players Section, remarked: ” We would like to thank Affidea for coming on board as a major Sponsor of our Senior Teams.  We are very oroud of our Club, which is not only home to a team of highly competitive young GAA players, but also a strong local community and look forward to working closely with Affidea over the coming years.”