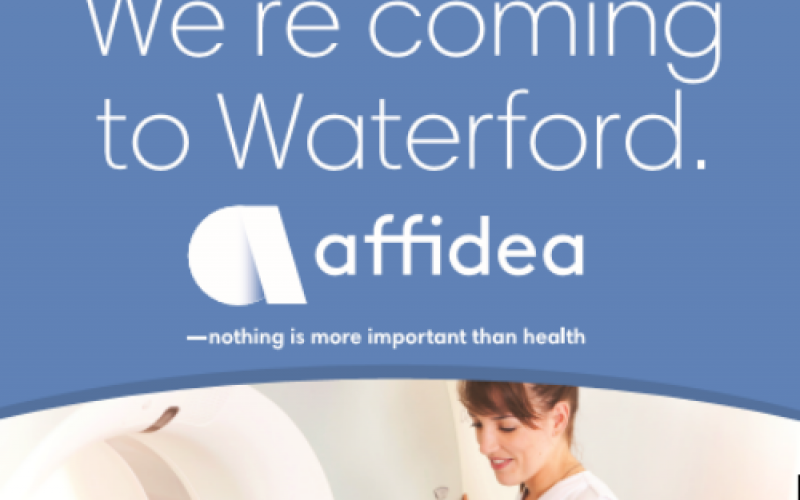 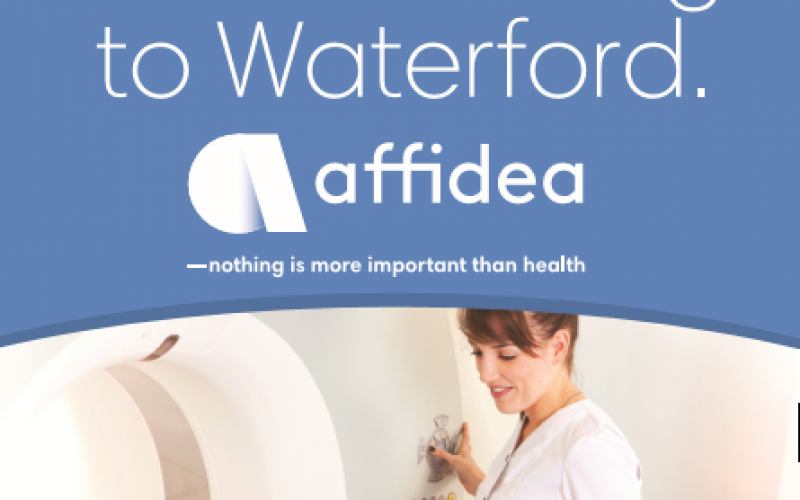 Waterford, 29th March 2017:   Affidea, Ireland’s leading independent provider of diagnostic imaging services including MRI, Ultrasound and X-ray, today announced its plans to open a new medical scanning facility in Ardkeen, Waterford this June, to serve the people of Waterford and surrounding areas. The company is creating ten jobs and is investing €2.6m in opening the Waterford centre, as part of an overall €15m investment in the Irish healthcare sector. Last month, the company announced plans to open a new diagnostic centre in Tallaght this May, to service west Dublin.

Construction work has already started at the Waterford centre, which will include a multi-modality scanning centre located at Holly House, Arkeen, Cove Roundabout, Waterford. It will serve as a diagnostic scanning facility, offering MRI, Ultrasound, Dexa and X-ray. Affidea anticipates that 9,000 patients will attend the centre for 12,000 scans each year. It is expected the new centre will be of particular benefit to patients at areas including Waterford, Wexford, Kilkenny and Tipperary.

Affidea Waterford will be equipped with state of the art technology including the high-specification Aera Magnetom MRI scanner, providing the highest-quality scans and a much-improved patient experience, particularly for patients who experience claustrophobia or those who find it difficult to tolerate the noise of older scanners

Affidea centres are accredited with the internationally recognised standard in ambulatory care from the Joint Commission International (JCI) and will operate the new centre in Waterford to the same exacting standards while undergoing the accreditation process.

Tom Finn, CEO of Affidea, said: “Affidea currently caters for the South East of the country with our centres in Kilkenny and Naas, however, the Waterford centre will ensure local patients have greater accessibility to medical scans, quickly, professionally and to the highest of standards. The new centre will ensure patients can receive the timely attention they need in a primary care environment, rather than hospital based setting.”

Affidea rebranded from Euromedic in 2015, to ensure a uniform identity across Europe, and to aid European growth and support the organisations aggressive global expansion plans. Affidea entered the Irish market in March 2007 through the acquisition of MRI Ireland. Over the past eight years, six further locations have been added to the network in Ireland with more centres expected nationwide over the coming months.